The Real Reasons People Cheat on Their Partners; by Dr. Kate Balestrieri

Infidelity is a problem across geographical borders, within marriages and unmarried partnerships, across various ages, genders, religious, racial and socioeconomic groups. The wreckage of an affair can leave lifelong effects on the betrayed partner, children, extended family, and even the person who has been unfaithful in the relationship.

According to one study, men are more likely to leave a partner after sexual infidelity than emotional infidelity. The opposite was true for women, who were more likely to abandon a partner who committed emotional betrayal. But what makes people cheat in the first place? The reasons are plenty, and although distinct they are not necessarily mutually exclusive.

Anger: The Most Common Theme

Anger and revenge are two of the most common themes involved when it comes to adultery. If one partner feels slighted or ignored, they might act their anger out via engaging more with a coworker or having one or more sexual dalliances. This gives the cheating partner a feeling of having re-established a sense of equilibrium in the relationship, after feeling less than, put down, or on the receiving end of real or perceived relational injustices.

Their partner may never know about the anger that precipitated the unfaithful act, and it may not be about their current partner at all. In fact, unconscious anger from early childhood wounds or trauma can lead to anger and mistrust in adult relationships, creating an arousal template fused with anger. As a result, sex becomes the primary strategy for relieving the hurt that underlies their anger. Patrick Carnes calls this phenomenon, ‘Eroticized Rage’.

In relationships, partners frequently push each other’s buttons. They might fail to meet each other’s needs all the time, and while they generally crave intimacy, many people are unsure about how to ask what intimacy means to them. Hence, they fail to set limits with their partners. Couples contend with the stressors of everyday life, earlier (pre-relationship) unresolved wounds, and a lack of awareness with the inability to properly address it.

This becomes the recipe for relational anger, which takes the form of infidelity. By acting their anger out with sexual thoughts or behaviour, the unfaithful partner is essentially acting out a desire for revenge, dispelling their own felt or unconscious shame and humiliation onto an unsuspecting partner, like a game of emotional hot potato.

Revenge or retaliation for feeling small, unimportant, rejected, overburdened, or unsupported becomes the currency for shoring up a powerful sense of self. Romantic relationships become a battleground for partners with unresolved trauma where they try and exact a solution for wounds left unhealed or needs remaining unmet by early caregivers or previous romantic flames.

However unfair it may seem, the often-unconscious motive of achieving retaliation for one’s anger is the culprit behind what drives the bulk of infidelity. Rooted in anger, people who cheat are often looking to gain a sense of control when they feel disempowered, helpless, or wavering in their relationship.

Consider a husband whose marriage has been without sex for months. His wife frequently asks him to do things around the house, their children go to her for comfort and direction, and he feels like he has no control over how the kids seem to take up his wife’s all-consuming focus.

An affair not only gives him temporary relief from the physical yearning for touch but also engenders a sense of power, albeit temporary, to a person who felt unimportant in their relationship. A misaligned fusion of sexual prowess with a sense of power is often the driver behind unfaithful actions. An affair gives the illusion of power or control, and while often an unconscious motive, the desire for real or perceived autonomy is often a driving factor in infidelity.

Not surprisingly, low self-esteem is a big risk factor for the fidelity of relationships. When one partner feels invisible to their partner, or down on their own selves, the allure of attention from another can be a big hit to the brain. For partners whose esteem is largely derived from the attention and validation of others, and even for those who have an internal source of esteem, it can feel alarming and saddening when your partner stops seeing you as passionately as they once did.

This happens in most relationships at one point or another, but people with healthy esteem will go to their partner and discuss it, tending not to take it so personally. With the advent of social media, it has become easier and easier to get a quick hit of attention from others or the fantasy of what life might look like if you were with another person, and this can snowball into blurred boundaries for the person who feels invisible and ill-equipped to find a way back into their partner’s main view.

Interestingly, when partners start to feel seen in other areas of their lives, they often show up differently with their primary partner, creating a spark of newness alongside generating attention and validation within the relationship.

Fear of scarcity can also be an impetus for infidelity. If sex or attention is infrequent or nonexistent in a relationship, this can kick a partner into a fear-based survival mode, yearning for physical touch and connection. Now, to be clear, this does not excuse infidelity, as that is a choice, but the desire for connection is prevalent in all humans.

People are hardwired for connection, and when their sense of connection with a primary partner is compromised (real or imagined), some people can swing into a fierce mode of self-protection, which can include securing intimacy outside of their relationship, just in case the primary relationship does not pan out. This primitive survival strategy can trick even the most sophisticated brains into a momentary lapse in judgment, leading them astray. But it’s not just the scarcity of sex or love that can inspire someone’s protective brain into unfaithful moments.

Fearing rejection or exclusion in one’s social or friend groups can lead someone to cheat too. This is especially true with groups where hunting for sex and intriguing is a part of the group’s social fabric. For those who don’t participate in the group’s code, they may lose their good standing within the group and not be invited to gatherings.

This can signal other kinds of rejection and abandonment fears, and result in survival modes to kick in. When this behaviour is woven into how the group sees itself and defines the identity of its members, then partners who are otherwise happy in their relationships may succumb to real or perceived peer pressure to sexually act out to ensure the survival of their friendships.

In her book, The State of Affairs: Rethinking Infidelity, Esther Perel remarked that frequently an impetus for infidelity is boredom. A bit of wanderlust, either in life or within oneself. A reaction to the boredom of everyday life, she argues that infidelity can often be in service of a quest to find oneself. While this makes sense, it can be a bitter pill to swallow.

Partners often grow accustomed to seeing each other every day, and after a while, the habituation of seeing each other over and over can create a sense of blindness, in the sense that partners stop seeing everything their loved one does as novel or exciting. People get bored with the same old, same old every day, whether it is their job, with themselves, the same kinds of shows on TV, or their partner, even though they may love them tremendously.

Life, without investment in keeping things new and exciting together, can become just another dreary day in paradise. Wanderlust is to be expected in some form or another throughout the lifespan and can be healthy, and even help a relationship when it does not lead to infidelity. The missing piece, which prevents healthy wanderlust from becoming a connective relationship opportunity, is healthy communication. Often fueled by shame, anger, or fear, boredom that transitions into cheating is likely over coupled with inadequate communication in a relationship.

Boredom is to be expected, but communication and co-created growth bring couples together, not down a path of infidelity.

On the topic of boredom, the taboo or a draw to the forbidden can also be a factor in infidelity. For some people, arousal is tricky to come by unless there is an element of breaking the rules. When something is forbidden, like, for example, a partner outside your relationship, the allure can present a boost of arousal that aligns with a sense of power and the satisfaction of having gotten away with something. The pull towards something that is taboo is not limited to affairs.

Engaging in anything that goes against one’s value system, or pushes their boundaries, can build an intoxicating level of excitement. There is an element of power and control felt by someone walking the line of what they are not supposed to like or do, and for some who are unfaithful, the risk of getting caught or doing something scandalous is part of the actual appeal that ignites physiological arousal. In other words, secrets can be sexy. Coupled with entitlement, anger, or poor impulse control, a love for the taboo can lead some people to stray away from their committed partnerships.

Reduced to the most common denominator, all the reasons for cheating boil down to one simple construct: unmet needs. Getting in touch with one’s needs and learning how to assert them in your relationships is imperative. When couples build and reinforce with each other a commitment to voicing their needs and discuss how to navigate competing needs (because every relationship will come with competing needs), they are building in the necessary protective factors against infidelity along with a stronger foundation for long-term relational happiness.

Dr. Kate Balestrieri is a Licensed Psychologist, Certified Sex Therapist, Certified Sex Addiction Therapist, PACT Trained Therapist and Ambassador and co-founder of the Triune Therapy Group in Los Angeles, California. She is the founder of www.modernintimacy.com, a new platform bringing together experts to discuss mental health, relationships, and sexuality across the world.

Do you have some thoughts of your own to express? Share them on Now&Me's Relationships community.

Don’t Lose Sleep Over Your Thoughts 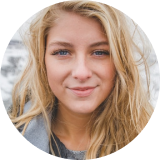 The people here are sensitive, smart and mature. This is our community. Even though we’ve never met each other, this platform feels so personal. I love you guys.