Trauma Bonding and why Toxic Relationships are so hard to get over!

More often than not, some people tend to live in our memories for a little longer than they are supposed to. I wonder how weirdly our mind functions that it holds on to the toxicity of our relationships to probably remind us of times that were not so good. But maybe it’s because one can forgive, but never forget.

Many times everybody around us senses the discomfort and toxicity that we’re living in, but only seldom do we realize it on our own, and even if we do, only a few of us are able to accept and take action towards it. Our near and dear ones may be extremely annoyed at us for not being able to come out of this toxicity, but I wonder if we are aware of the games our minds can really play with us. Trauma bonding may be able to explain our to and fro in relationships in a better manner.

What is Trauma Bonding?

Trauma Bonding may be defined as a psychological response to abuse. It occurs when the abused person forms an unhealthy bond with the person who abuses them. The person experiencing abuse may develop sympathy for the abusive person. Herein, a trauma bond is a connection between an abusive person and the individual they abuse, which typically occurs when the abused person begins to develop sympathy or affection for the abuser, which becomes reinforced by cycles of abuse, followed by remorse. This bond can extend over days, weeks, or months. Moreover, not everyone who experiences abuse forms a trauma bond.

When Can Trauma Bonding Happen?

In theory, trauma bonding can occur in any situation that involves one person abusing or exploiting another. This may include situations that involve:

According to the organization Parents Against Child Exploitation, a trauma bond develops under specific conditions. A person must:

Signs That You are Trauma Bonded with Your Partner! 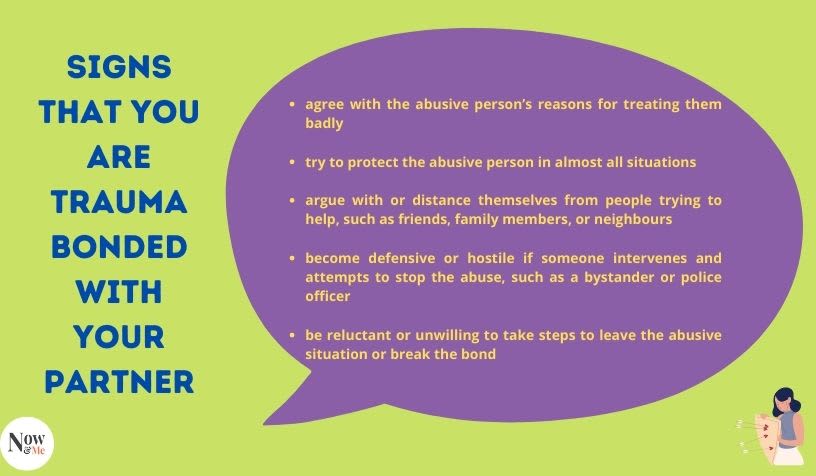 Consciously or unconsciously if you are to defend your abuser in any way, where on the other hand the world can realize what you may be going through, then it might be a possibility that you are trauma bonded with your partner. Here are a few signs to look for:

A person bonded with their abuser might say, for example:

Since each relationship is surely different from another, there may be a variety of possible reasons for someone to be having this bond, and not being able to either come out of it or even identify it at first.

7 Reasons Why It is Hard for You to Leave a Toxic Relationship! 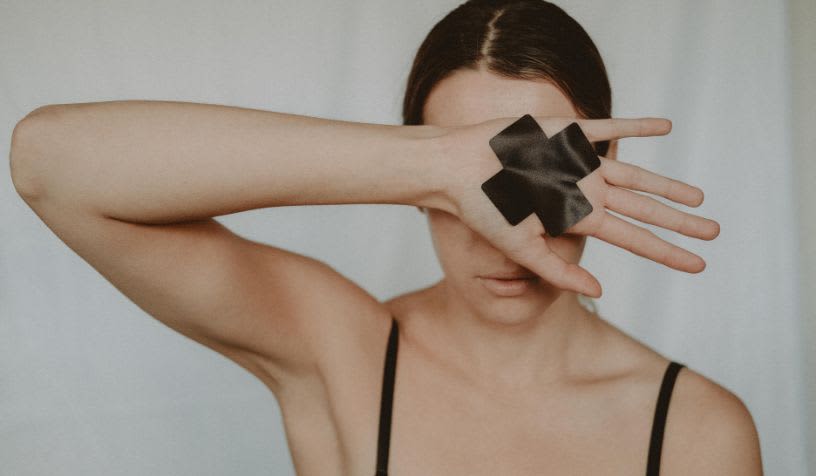 Toxic relationships can be best defined as vicious cycles of love and attachment, wherein the two feelings really overshadow the wrongdoings of the abuser, ultimately making it difficult for people to spot the red flags and escape timely! Here are a few reasons why it is so hard to leave a toxic relationship, with all the toxicity around anyway:

Having had emotional/physically deficit relationships during childhood, majorly with your caregivers, over critical or careless parents, can eventually develop a sense of familiarity in a person for such feelings and emotions in their following relationships. Such situations seem familiar to them, which is why they think they would adjust and are unable to leave those toxic relationships.

Due to the lack of affirmation, love, and care during childhood relationships, a person might always hope for things to ‘change’, which is why they will try their best in order to experience a change in their story while unconsciously tolerating the toxicity.

After having dealt with so much toxicity, it is common for people to feel that they deserve what they are going through, as they have been belittled, rejected, and ignored to an extent where they start to internalize the toxicity and accept it as the markers to define their worth.

Another reason we stay in an unhealthy relationship is our own guilt. We believe we have played a big part in how things have turned out. Therefore, we feel responsible and remain in the relationship to fix our wrong-doing or our not-knowing.

As social beings, we tend to attach ourselves to people who give us a sense of security, support and love, which ultimately helps us survive, which is why when someone’s main source of support is also their abuser, an unhealthy attachment may develop. An abused person may turn to the abusive person for comfort when they are hurt, even if the other person was the one who caused it.

An extension of attachment is dependence, wherein a person may develop a trauma bond because they rely on the abusive person to fulfil emotional needs. This dependency is reinforced by the abused thinking otherwise of the abuser, ultimately justifying all their acts in some or the other way.

Some toxic relationships follow a pattern of abuse, then remorse. After causing harm, a toxic person may promise to change, and some may be especially kind or romantic to make up for their behaviour. The person experiencing the abuse may see suffering as a price to pay for kindness. Remorseful behaviour may also cause the abused person to feel grateful, particularly if they have become accustomed to poor treatment, which makes it even harder for someone to come out of a repetitively toxic relationship.

How Do You Eventually Cope?

As much as it takes to love someone, it takes even more to unlove them! Coping from the trauma of toxic relationships is definitely a long process because of the intensity involved.

One can start off by simply accepting that things have changed, for the better or worse. The acceptance will also lead to the implementation of certain boundaries that might help a person break the trauma bond that comes out of such toxic relationships.

Apart from this, practising self-care and focusing on oneself will help a person regain their sense of security and confidence, which may also help them realize everything they have tolerated to be mindful of in the future.

Another option may be to seek professional help if daily life is being hampered excessively. Joining support groups and sharing what you’re feeling can also help a person equip themselves with their feelings and sense of reality.

Being around your near and dear ones can be one of the best options in order to be loved in a way that you always wanted. You can also always sign up at Now&Me and create your own safe space! Now&Me now also provides therapy under our initiative Therapy&Me to help you find a therapist with just one click.